Get fresh music recommendations delivered to your inbox every Friday.

An Outcast of the Islands 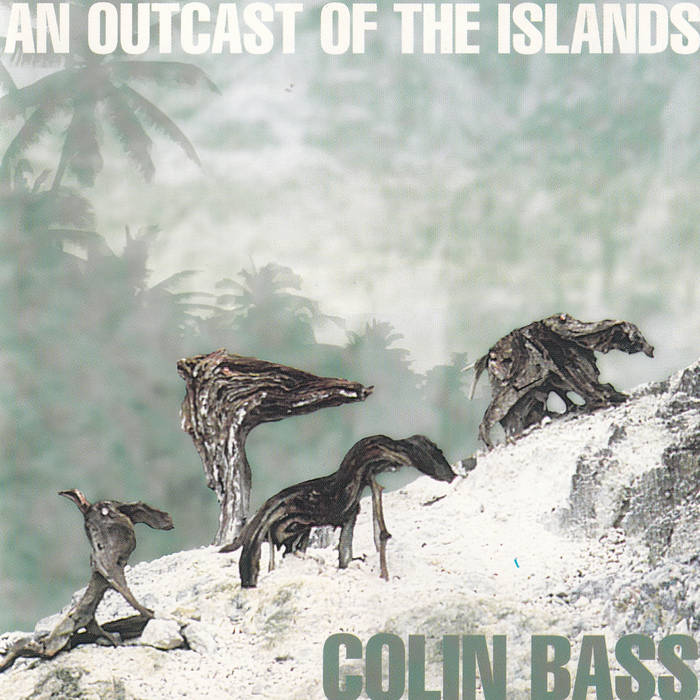 Sven B. Schreiber (sbs) I've always thought that "Colin Bass" is a fake name, because it's just too perfect for a bassist. But well, it seems to be his real name. Nevermind, it's associated tightly with the Post-Bardens era of "Camel", starting in 1979. "An Outcast Of The Islands" was released 20 years later, featuring Andrew Latimer on some tracks. Around the same time, Colin Bass was an integral member of the world music band "3 Mustaphas 3", and "Denpasar Moon", included on this album, was one of their hit singles. Favorite track: Goodbye To Albion.

An Outcast of The Islands was recorded in 1998 in Poznan in Poland in the agreeably large wooden room of Studio Gilda with a fine team of fine musicians - including celebrated Polish jazz Hammond organist Wojtek Karolac - and contributions from members of the Poznan Philharmonic Orchestra. About halfway through the recordings I took two 2-inch 24-track audio tapes (anybody remember them?) to Little Barn Studios, overlooking the Pacific near the quaint little old town of Pescadero in California, to record some guitar parts with my dear colleague Andrew Latimer. Then it was back to Poznan to finish a whole lot of dubs and mix the thing. It took about six weeks, all told. I guess it's a sort of a kind of concept album. The title was inspired by the book by the great Polish novelist, Joseph Conrad, but it's not meant as an interpretation of that work, which details the undoing of an unlikable character called Peter Willems. Escaping from some odious business in Macassar - nowadays known as Ujung Pandang in South Sulawesi - he finds refuge in a remote native village, only to betray all help over lust for the village chief's daughter. There is no happy ending for him. No, the album is not about that. It rather assembled itself through ideas suggested by my own leaving of my native England to live in the (then) island of West Berlin in the mid-1980s, and through meeting a real-life 'outcast' while travelling in Southeast Asia sometime in the early 90s.
Walking through the streets of the Eastern Malaysian town of Kota Baru, my companion and I were hailed by an English voice. A middle-aged Englishman of unkempt appearance approached and asked if we were looking for somewhere to have breakfast. It was clear that he certainly would have liked some too, so we went along with him and stood him a full Malaysian breakfast. It transpired that he was an ex-merchant seaman who had married a Malaysian girl and settled in a small village some distance away.
But this was to prove no tropicall idyll. As the years went by and he was unable to provide his bride's family with the riches expected of him, the marriage grew sour and he became an object of disdain. Unhappy, but unable to return to England and resigned to his lot, he travelled to the city, desperate for the conversation of a compatriot (and some breakfast). A sad story and it did inspire the ideas for soings like Burning Bridges and No Way Back, but in the end, the album tells another story that, like the book, starts in the exotic outpost of Macassar, but then flashes back to the protagonist promising to take his love with him but then saying goodbye to both her and Albion to seek his fortune in Southeast Asia, falling in love with a Balinese beauty who then leaves him pining under the moon of Denpasar. Alone and bereft, he realises there's No Way Back. He's an Outcast abroad and so removed from the zeitgeist of his homeland that he would be an outcast there too, even if he could return. Luckily, I was able to write him some redemption with a moment of realisation that blaming everybody and everything else for your problems only results in your own continued suffering. And so our hero takes responsibilty for his own actions and, I believe, finds peace in acceptance, and love in his heart. That's my version of the story, anyway.
Colin Bass - July 2013

Over a five-decade career Colin Bass has worked in a wide range of musical styles with a diverse range of international artists. Bassist and singer with prog-rock veterans Camel since 1979, he was also a key figure in World Music pioneers, 3 Mustaphas 3, and has toured and/or recorded with artists such as Oumou Sangare, Steve Hillage, Debashish Bhattacharya a.o. Discover his own works here! ... more

Bandcamp Daily  your guide to the world of Bandcamp